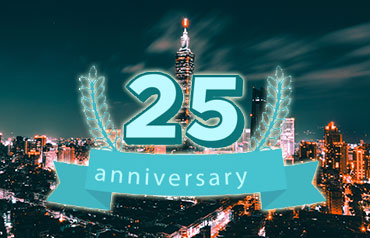 ADTH reports a successful 2019, its 25th anniversary year, including the opening during May of a new research and development facility in Taiwan’s capital city, Taipei. 2019 also saw a major expansion of the ADTH Tolka range of broadcast, OTT and IPTV content protection products.

“Television technology is advancing faster than ever as the industry gears for the transition from HD to HD-HDR, 4K-UHD and upward to 8K,” says ADTH CEO Michael Day. “Viewers have the option of larger display screens than ever. At the same time we are seeing an increased public desire to watch programmes via mobile phones and tablets. These diverging influences have the potential to coalesce into extremely high resolution wearable displays if computer users and TV audiences are significantly attracted by that mode of viewing. We see our role as offering the greatest possible choice in what, when and where TV viewers choose to watch and delivering the technology to make that possible.”

The April 2019 NAB Show was ADTH’s busiest ever exhibition in terms of product introductions. The DV3358 is a competitively priced new satellite IRD providing full support for conditional access. DVB-S/S2 input compatible, it outputs TS over IP, ASI and 3G-SDI. The IRD can be remotely managed via a web portal. Also introduced was the A1300 set-top box which supports advertisement or content insertion and conditional access as well as IPTV, DVB-T/T2, DVB-S/S2, DVB-C and ISDB-T delivery protocols.

ADTH demonstrated high-accuracy server-side or client-side ad and content insertion for use on two-way and one-way systems. A new Targeted Banner Ads solution can be used to deliver personalized advertisements to set-top-boxes and mobile devices without need for internet connectivity.

ADTH Conista Go was chosen to power a new service from one of APAC’s leading media and entertainment providers. Also forming a core element of the new service is the DGI 1012 miniature mobile DTV receiver which attaches directly to the USB port of Android phones. The ADTH DGI 1012 sources from secured terrestrial digital transmissions rather than internet delivery so viewers can watch as much content as they like without eating into their mobile platform’s data allowance. The receiver can decode HD or SD video encoded with MPEG-2 and MPEG-4/H.264. It can also decode transport streams, including conditional access content, along with multi-format audio and video.

ADTH also announced that it has joined the SRT Alliance, a broadcast media industry collaboration created to develop an open-source protocol allowing low-latency video streaming over the internet. ADTH will provide full support for the SRT (Secure Reliable Transport) protocol. “To put it simply, we are SRT-ready,” Michael Day confirms.